The efforts and contribution of 11 Shire residents were recognised with the presentation of the Bega Valley Shire Community Service Medallion this week.

Gae Rheinberger was also selected for a medallion but was unable to attend Wednesday’s ceremony so will receive it at a later date.

Cr Britten said the Medallion recognised the outstanding work of the many unsung volunteers across our community.

“One of our great strengths as a community is the effort given in supporting others,” he said.

“We have literally hundreds of people in our community who are prepared to give their time to ensure the welfare of others.

“Through the Shire medallion, we have a way to acknowledge this work and to say thank you to those volunteers.”

Cr Britten said the 2015 recipients came from communities across the Shire – from Bermagui to Eden – and their contributions were varied, ranging from the arts to promoting tourism, to dedicating a lifetime to sport.

“Some of our recipients have made their contributions to community organisations and committees or by helping out individuals by using their skills or experience.”

To read the citations for the 2015 Medallion recipients go to www.begavalley.nsw.gov.au and search for ‘Community Service Medallion’. 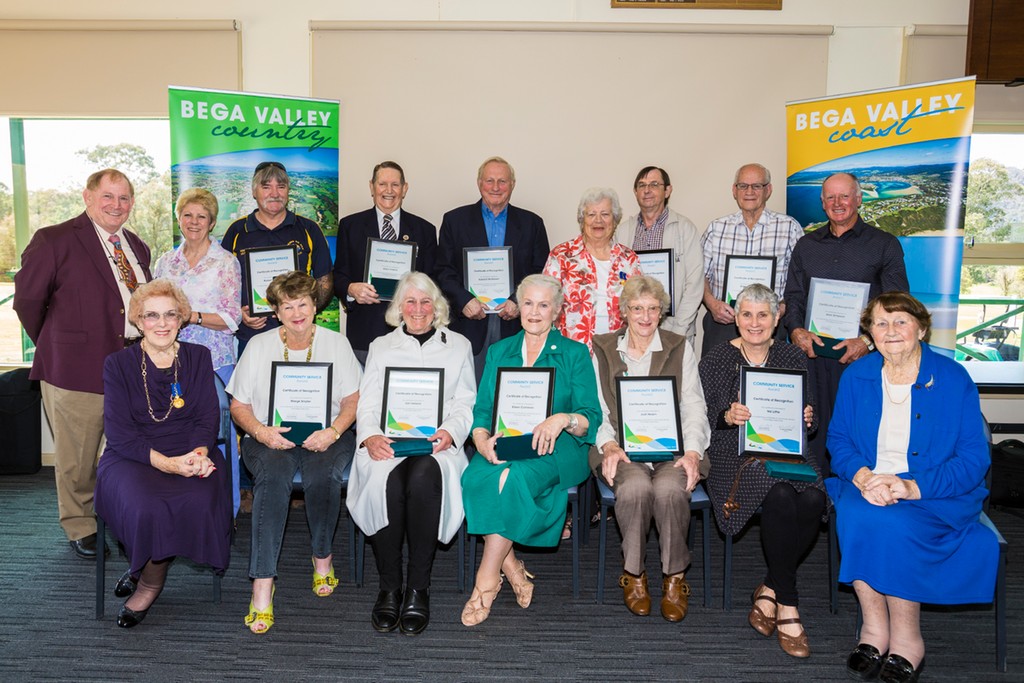