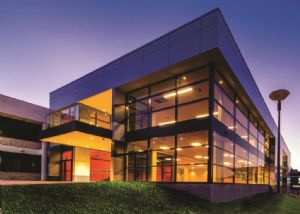 Australia Day 2016 will be celebrated alongside the official opening of the new Bega Valley Commemorative Civic Centre in Zingel Place, Bega.

Member for Bega and Minister for Transport and Infrastructure, Andrew Constance, will officiate at the opening along with Mayor Michael Britten at 11am on Australia Day, Tuesday 26 January.

The opening will be followed by the official Australia Day program including a citizenship ceremony, awards to the Citizen of the Year and Young Citizens of the Year, entertainment and a presentation from Australia Day Ambassador, Dick Smith AC.

Mr Smith, an entrepreneur, businessman, aviator, philanthropist and political activist will arrive by helicopter that he will pilot himself.

After the ceremonies there will be official tours of the new Civic Centre.

“Australia Day will be celebrated this year in a vibrant atmosphere as our new entertainment facility and gardens come alive for the enjoyment of all. No matter where you are on the 26th take time out to come and join us,” Cr Britten said.

In Littleton Gardens, there will be a free sausage sizzle provided by Bega Lions Club, along with free family activities, displays and entertainment by local performers and musicians.