BELOW IS A COPY OF THE MEDIA RELEASE ISSUED BY THE ROYAL AUSTRALIAN NAVY ANNOUNCING THE PORT OF EDEN AS NUSHIP SUPPLY'S CEREMONIAL HOMEPORT.

Supply is the lead ship of two Supply Class Auxiliary Oiler Replenishment ships and is due to be commissioned early next year.

The ceremonial port relationship will strengthen the bonds Navy and the Eden community have from a long shared history.

At a ceremony held at Cocora Beach, Eden on 28 November, Bega Valley Shire Council Mayor Russell Fitzpatrick and Commanding Officer of Supply, Captain Ben Hissink, said the new relationship would cement Navy’s presence in the area and open up opportunities for Navy to be involved in the community.

“The bond between the Port of Eden in the Bega Valley Shire and the Navy started with the Navy ammunition facility built more than decade ago, and has grown closer during the recent bushfire crisis,” Captain Hissink said.

“The Navy, through NUSHIP Supply, is committed to strengthening the bonds with the township of Eden, and looks forward to supporting and engaging with the local community.”

Mayor Fitzpatrick said it was a privilege and an honour for the Port of Eden to become the ceremonial homeport for Supply.

“The Eden community has already experienced the generosity of the Royal Australian Navy, especially when HMAS Adelaide provided support after the summer bushfires,” Mayor Fitzpatrick said.

“We look forward to a long, productive and prosperous relationship with the NUSHIP Supply Captain and crew and look forward to the ship’s arrival in Eden early next year.”

“The branding is a pivotal step in a crew-wide endeavour to ensure we meet the needs of a culturally inclusive and diverse workforce,” Captain Hissink said.

“We are excited to showcase our relationship with the wider Eden and local Indigenous communities through the whale mascot, representative of the animals closely connected to this area.”

The event announcing the Port of Eden will be NUSHIP Supply's ceremonial homeport began with a Welcome to Country with an Indigenous dance ceremony, a smoking ceremony and Aboriginal Elder and Pastor, Ossie Cruse AM MBE playing 'I Am Australian' on a gum leaf. Photographer: ABIS Leon Dafonte Fernandez 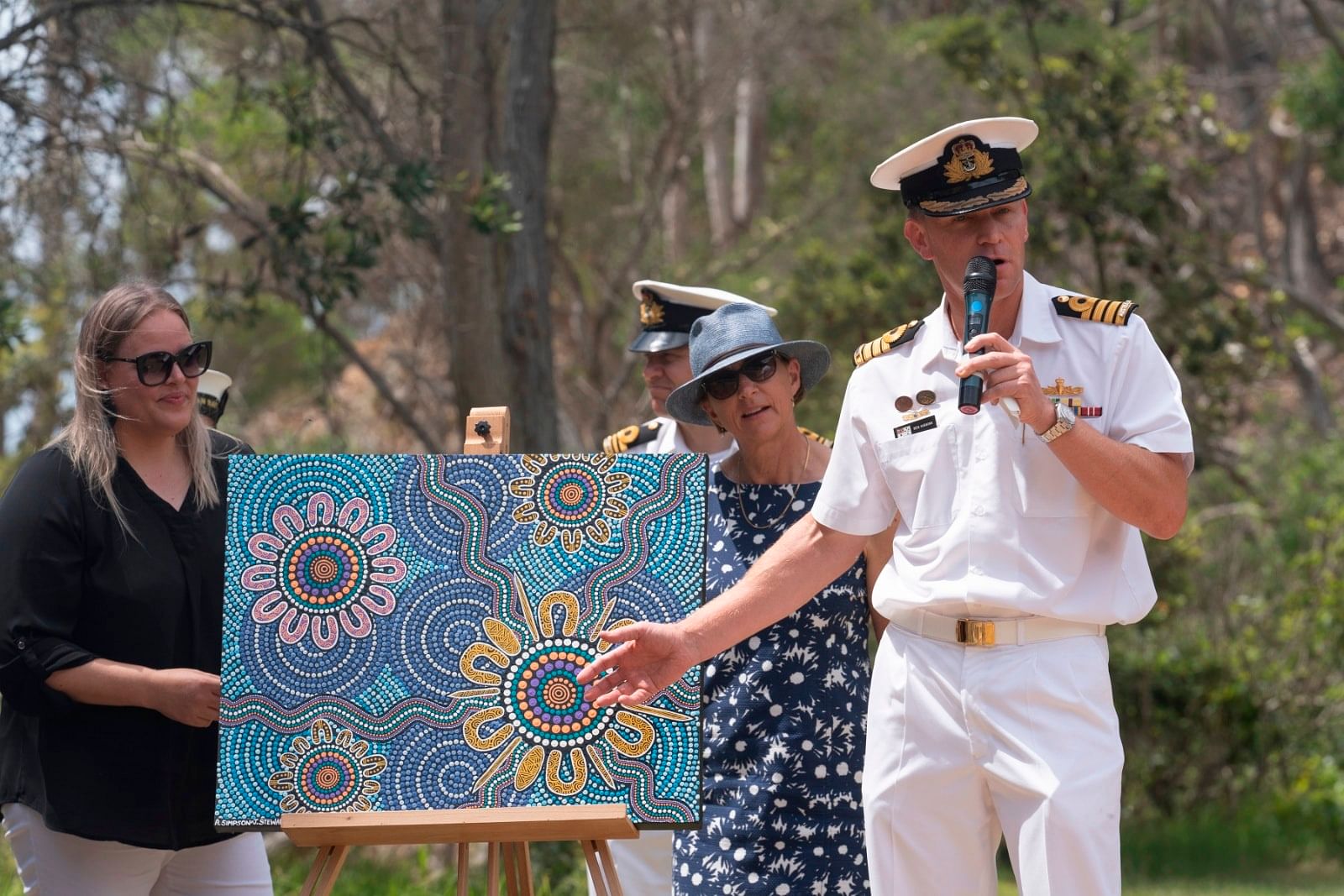