For the love of paint

For the love of paint 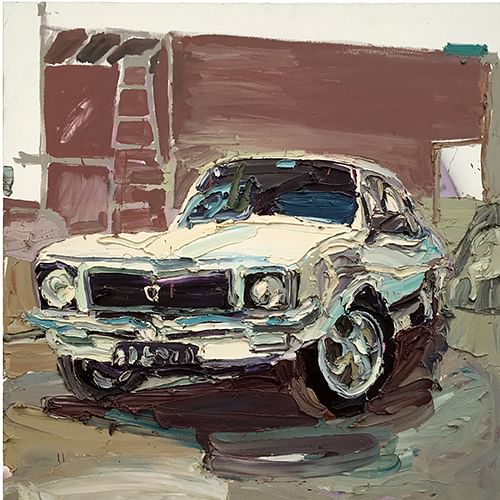 The highly expressive and naturalistic work of Ben Quilty has garnered international acclaim. Through thickly painted landscapes and portraits Quilty aims to delve into the emotional qualities of places and people through his gestural application of paint.

Adam Cullen’s paintings have been called simplistic, crude, adolescent and puerile by art critics but no-one can deny his highly personal visual language and his commitment to communicating through bold colours and gestures. Humorous and bold, Cullen’s broad interests covered crime, masculinity and cowboy culture.

Elisabeth Cummings is one of Australia’s most respected artists. Universally recognised as a master of the medium, Cummings paintings depict Australian landscapes from across the continent.

Sally Gabori (Mirdidingkingathi Juwarnda – tribal name) was one of the leading contemporary Australian artists of the last decade. Though her career only began in 2005, she has since taken the art world by storm. Whilst her works could be recognised as abstraction, they are actually land and sea scapes depicting her country and her ancestral stories.

Flowers burst out from Alesandro Ljubicic’s large, textured canvases. Sweeps and daubs of vivid colour convey his intense response to the beauty of nature, while the less resolved Colour Studies share the same emotional charge. These smaller panels, created at the same time as the larger flower works, further explore the effects of layering paint.

Robert Malherbe’s talented drafting skills were recognised early on as he gained practical training in an animation studio, honing his ability to draw from life and give vigour to his subjects. His art education has been largely self-taught, from standing in front of some of the greatest paintings in some of the greatest museums and galleries around the world.

“I HEART PAINT celebrates painting and artists who are masters of their medium,” Mr Dawson said.

“The masterpiece from Sally Gabori is a six-metre-long painting that has never toured outside of Sydney, so it’s a real treat to see such a magnificent work in Bega.

“Ben Quilty’s work is a stunning illustration of my theme for this exhibition, artists who celebrate the medium and push the boundaries of paint into a textural and almost sculptural form.

“We are thrilled to have work here from his personal collection, as his first retrospective opens at the South Australian Art Gallery next month,” Mr Dawson said.

I HEART PAINT will be officially opened at 6pm this Friday (15 February) and run through until 29 March.