Stories from the Bega Valley Bushfires

Stories from the Bega Valley Bushfires 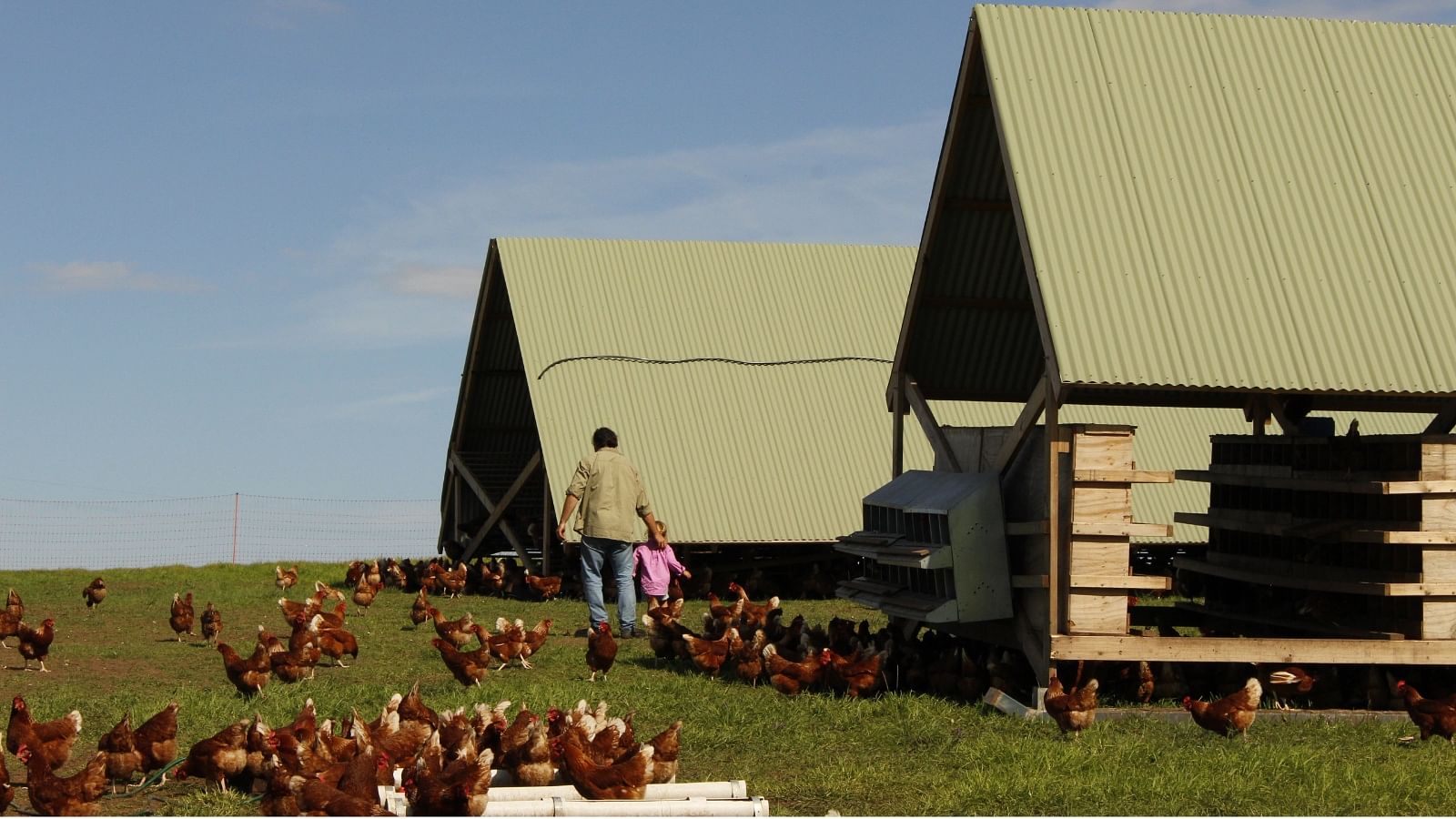 The bushfire recovery needs of our region are broad and deep. Recognising the impact those flames have had on lives, the environment and the economy, Bega Valley Shire Council is keen to highlight the stories of those living with the aftermath.

Stories have power and we hope these case studies will help deliver assistance and change.

Tom and Joscelin McMillan aren’t misled by the green grass that’s sprung up on the property they lease east of Bemboka, where they live with their young family and run their business, Bega Valley Eggs. They know that green grass alone won’t restore their business to where it was before the bushfires began.

“People think the business must be good now that it’s rained, but that’s not the case,” says Joscelin.

Their pastured egg farm has suffered sustained lost production and income due to the Werri Berri fire that roared up to their farm’s fence line on the morning of 31 December 2019.

Ironically, 30 December was the busiest day for their business since they started in September 2019 – the week prior saw Bega Valley Eggs reach a peak weekly production of 1,650 dozen eggs. Production is down about 45% and they are only producing about 900 dozen eggs a week now.

During the weeks after the fires, their Hy-Line Brown hens started dying; they lost 2,500 hens which was about two-thirds of their total stock.

“The smoke, the heat, the stress was too much for them; vets came but we just couldn’t do anything,” Tom said.

The flock was insured and has been replaced, but the new hens won’t produce eggs for another two to three months.

In addition, there was no electricity at their leased Bemboka property or Quaama processing facility for about three weeks after the fire and they were forced to discard a staggering 4,500 dozen eggs, and income.

Tom and Joscelin will apply for primary producers’ assistance funding offered by the state and federal governments but, based on the advice they’ve received from the Department of Planning, Industry and Environment, as well as from the Rural Assistance Authority, they believe they are not eligible for any funding.

Referring to the NSW government small business bushfire recovery loans, Tom said “Not everyone wants to carry a big loan and because we’ve only been in business for four months, we don’t have the required financial data or security for a loan.”

Bega Valley Eggs employs two casual staff and Tom and Joscelin are forward-thinking. They’re leasing so they’ve deliberately installed infrastructure that is moveable to a future farm of their own one day. This includes a mobile processing truck that they expect to start using soon.

“There’s a cost in trucking eggs to Quaama; it’s a two hour round trip,” Tom said.

“Our processing truck is on-site at Bemboka and we were planning to start using it in December, but that got delayed a few weeks and then the fires happened so that’s another delay.”

Tom reckons he’s about six weeks behind schedule now. Even working up to a staggering 100 hours a week, he simply hasn’t been able to keep up with the extra work created in the aftermath of the fire.

“The business needed some extra labour at that time; if grant money had been available from the beginning, we could’ve hired someone,” Tom said.

Instead, Tom and Joscelin turned to a fundraising campaign to keep their business viable.

“We helped ourselves because we realised the government funding was going to take a long time,” he said.

“We found it hard to ask people for money and we spent nights discussing what to do because we knew other small businesses, like our stockists, were suffering too.”

Bega Valley Eggs has 35 stockists between Eden and Batemans Bay; about half are IGA or Foodworks supermarkets and the rest of their stockists are cafes and restaurants.

“That’s why our campaign is also about us paying it forward - 50% of the funds we raise help our stockists by allowing us to donate our eggs to them,” Joscelin explained.

“Without the generosity of the community, our accounts would’ve maxed out and we wouldn’t have been able to buy feed; our business would’ve shut down,” added Tom.

The bushfires have changed the way Tom and Joscelin think about their future business goals.

“We were excited to grow our business, but now we want to develop it into a strong and successful business that will have the capacity to really make a difference on a large scale if something like this happens again,” Tom said.

Bega Valley Shire Council remains committed to supporting local business and our regional economy as a key component of our bushfire recovery.

Mayor, Kristy McBain continues her steady work in this area of concern. She recently travelled to Parliament House in Canberra and Sydney to discuss what support needs to be provided to Bega Valley businesses, both directly and indirectly affected by the bushfire disaster.

We know that if we don’t get businesses back on track right now, the whole community will be negatively impacted; a ‘second disaster’ the Mayor calls it. Keeping people employed and building sustainable lives in our regional community is vital.

State and federal governments need to understand how desperate the situation is in our small Far South Coast towns.

Advocating on behalf of Bega Valley business, the Mayor requests that:

What Council is doing now and has in place: 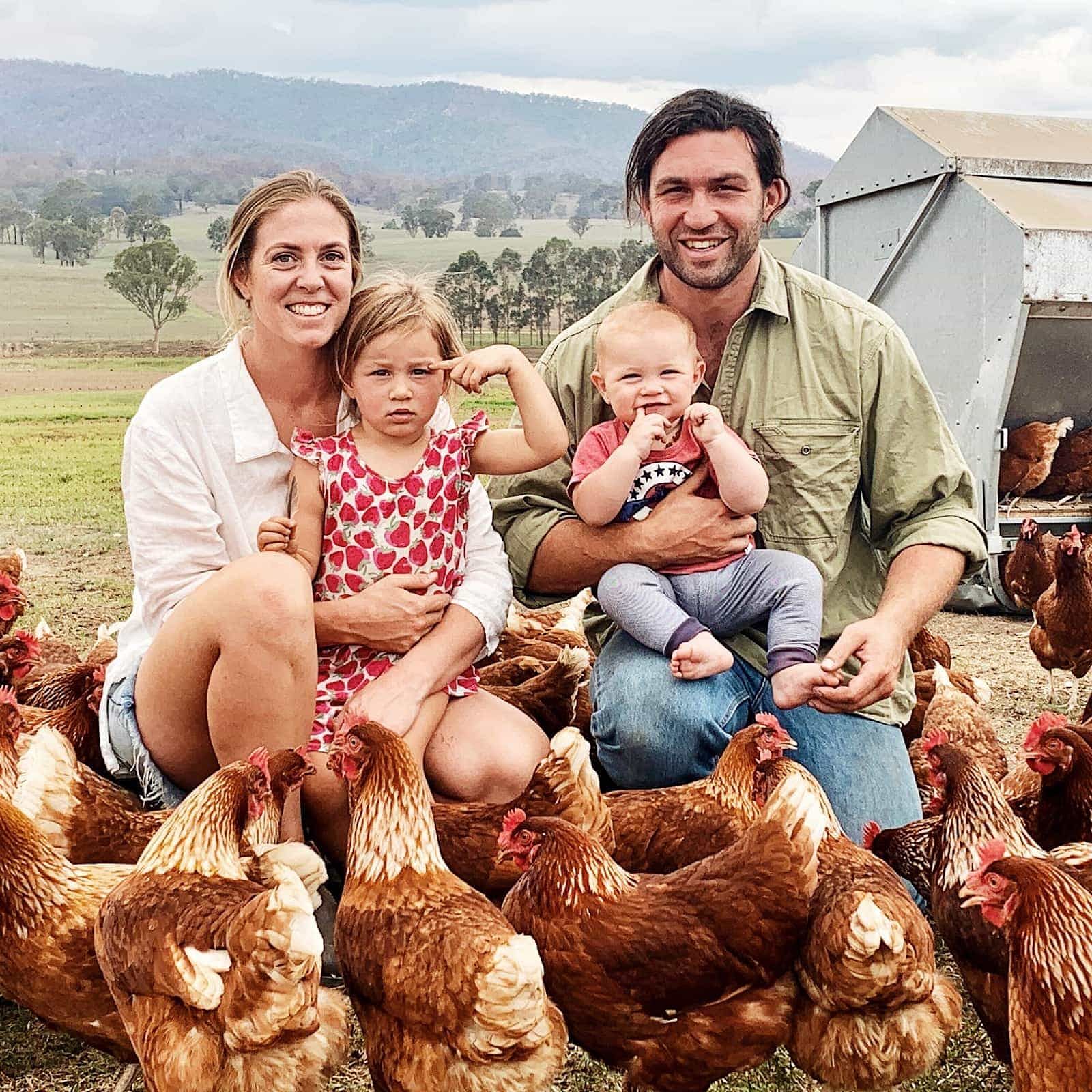 Joscelin and Tom McMillan and their children with some of their chooks.