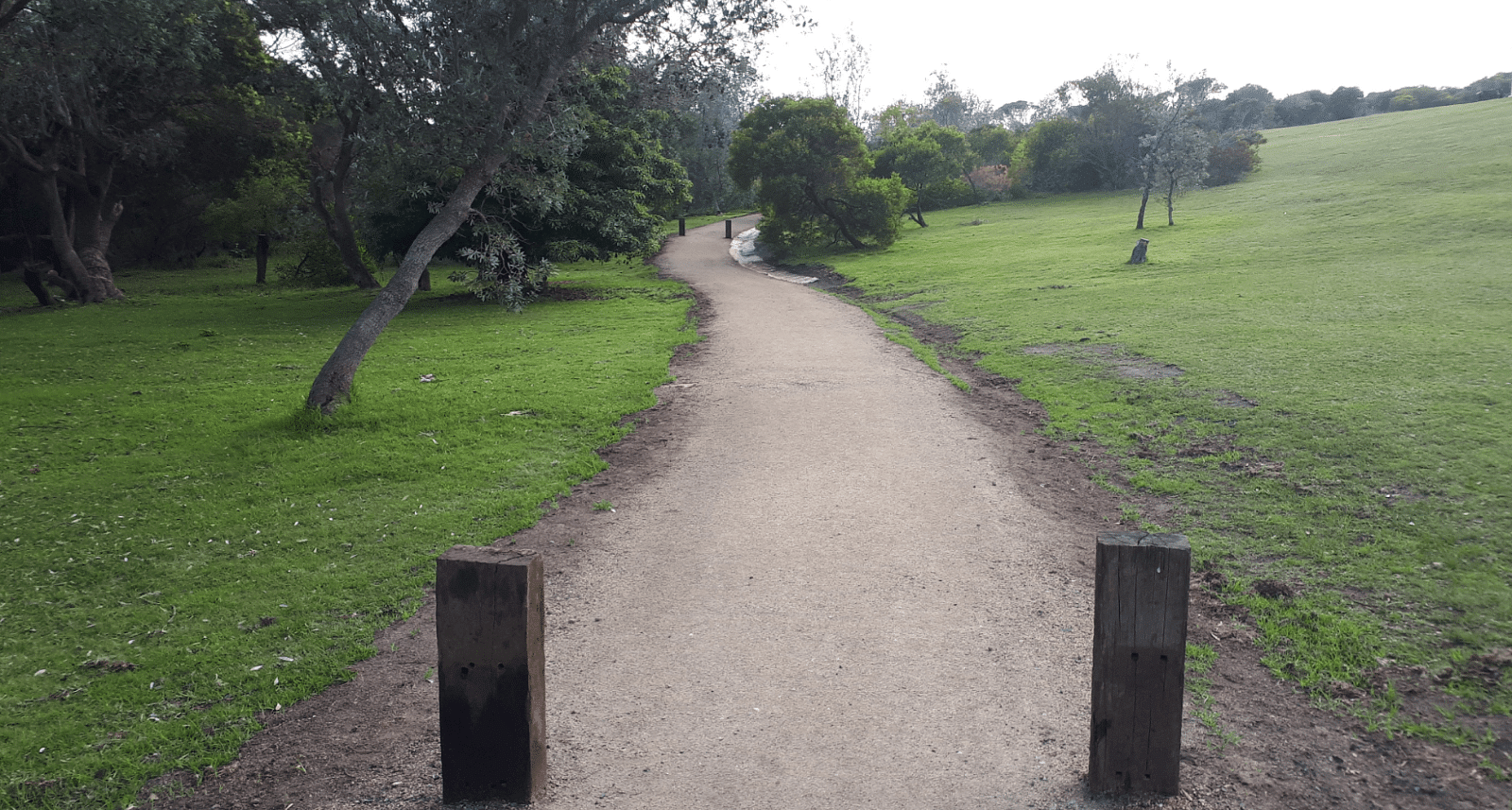 Bega Valley Shire Council has completed two new walking tracks at North Tura Beach, both of which are now open to the public.

“One is a 160-metre gravel walking track linking the beach stairway at Dolphin Cove to the road and carpark, which improves access for people and emergency vehicles,” Recreation Projects Officer, Glenn Merrick said.

“The other is a 300-metre gravel walking track linking The Point beach stairway to Bournda Circuit, which links the vehicle access driveway to the sewerage pumping station.

“This well-trodden path was wet and muddy after rain, so the gravel will improve accessibility to the beach stairway substantially. Bollards and a gate have also been installed to prevent unauthorised vehicle access.

“Some further works planned include vegetation management and offset planting, both of which are in line with the site management plan.

“We will also erect new signage to formalise emergency access routes to the two beach stairways.”

These works have been funded by the NSW government’s Stronger Country Community Fund Round 3 and Council co-contribution, and constructed by local contractor Bega Bobcats.

“The next stage of the project involves track upgrade works for the Tura Headland walking track,” Mr Merrick said.

“This is currently in planning and approval stage, with works expected to commence early in the new year.

“The Tura Headland site is rich in Aboriginal cultural heritage - a major consideration in our planning process – and members of Bega Aboriginal Land Council have been consulted and will be involved in the works during the construction phase.”