The following image shows the location of the Bega-Tathra water supply system. The image shows the source from which water is extracted and the main components of the reticulation system including reservoirs, chlorinators, fluoridation plant and pipelines. 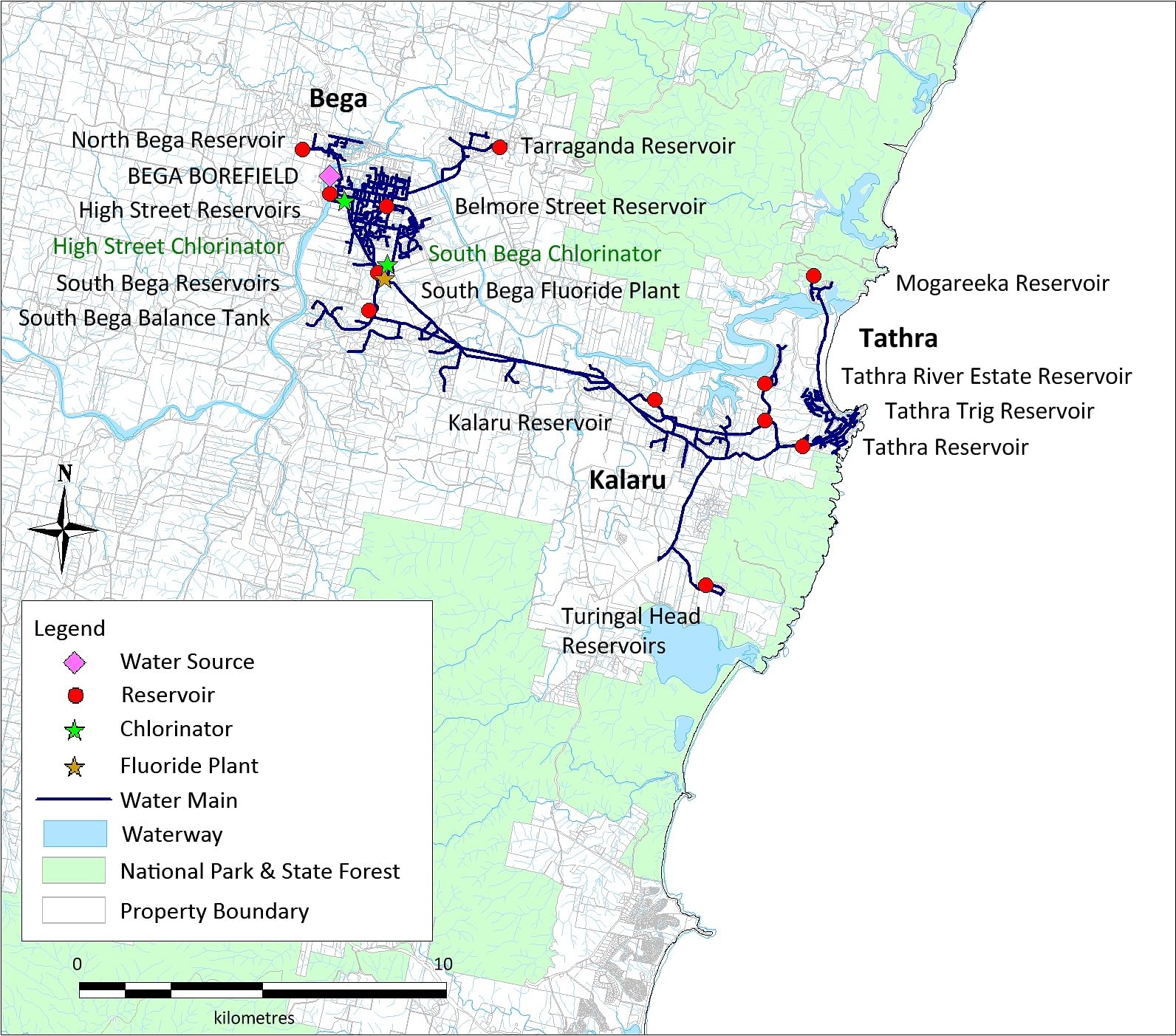 There are no dam storages for this system. 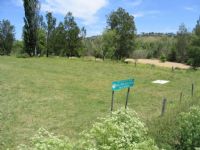 Bega borefield is located to the west of Bega, adjacent to the Bega River. It consists of six bores aligned parallel to the river in a north-south direction.  The bores are about 40 metres apart and 20 metres deep. Each bore has a submersible pump with a capacity of approximately 45 L/s. The bore pumps are operated sequentially, controlled by water level sensors placed 200 mm apart within the High Street Balance Tank.

Bore selection (i.e. which bore pumps start first, second, third, etc. when the levels in the balance tank drop to the sensor set points) is based on water quality considerations. There is variability in the concentration of iron and manganese between the bores. Water from the bores is pre-dosed with chlorine gas prior to the High Street Balance Tank to enhance oxidation of dissolved iron and manganese.

The water is then pumped from the High Street Balance Tank to the South Bega reservoirs. This water is disinfected with chlorine gas as it enters South Bega Reservoir 1 and is also fluoridated at this point. The Bega-Tathra water supply system is the only water supply system that supplies fluoridated water.  The water is then reticulated to Bega, North Bega, Tarraganda, Kalaru, Tathra and Mogareeka. Daily extraction volumes range from 3.0 megalitres per day (ML/d) to 7.0 ML/d.

The Bega-Tathra water supply system has adequate capacity to serve existing and future demand, as the bores are located in a large alluvial aquifer at the lower end of the largest catchment in the Shire. Upstream water extraction for irrigation and other uses can cause the Bega River to stop flowing at Bega during drought and dry summer periods. During these no-flow times, water extracted from the bores and by nearby irrigation pumps, causes a localised drawdown of water level around the borefield. However management measures, including groundwater level monitoring and groundwater level triggers to reduce groundwater extraction, ensure a secure and continued supply of water to the system.

The Water-Sharing Plan for the Bega and Brogo Rivers contains prescriptive information about flows and extraction, including extraction from the Bega borefield.

The system at a glance