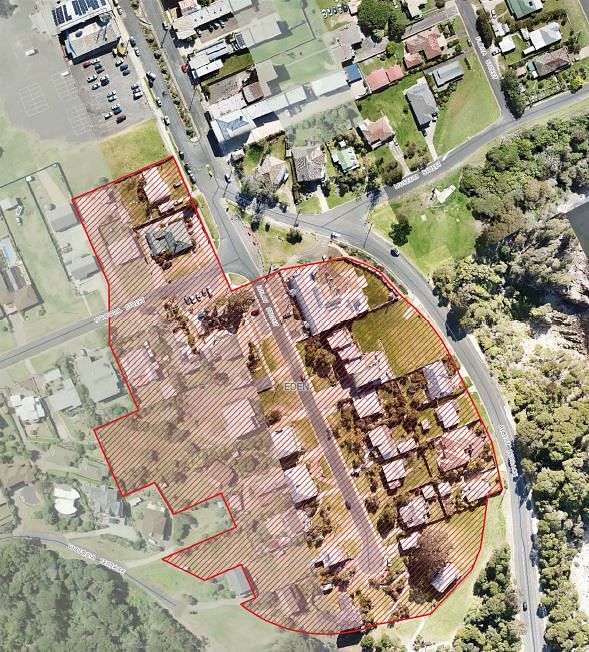 Bega Valley Shire Council is seeking feedback on a planning proposal to apply a heritage conservation area to land at the southern end of Imlay Street, Eden.

“We sought feedback on the proposed development control plan to introduce a heritage conservation area for that precinct in November last year,” Council’s Manager of Planning and Sustainability, Keith Tull said.

“The development control plan was subsequently adopted and now we ask shire residents to let us know what they think of our planning proposal, which includes the heritage conservation area map, to maintain the precinct’s distinctive identity and sense of place.”

“Our heritage is an important part of the Bega Valley, and it’s particularly important to Eden,” Mr Tull said.

“The significance of the 1850s to 1930s heritage buildings at the southern end of Imlay Street contribute to Eden’s cultural and social history.

“The creation of the heritage conservation area will conserve and build on elements that contribute to Eden’s outstanding spatial and aesthetic values and protect significant vistas from Snug Cove onto both the eastern and western flanks of the Imlay Street ridge.

“Importantly, this planning proposal will not result in any changes to the residential zoning or use of land and will not significantly affect the ability of future development to create a variety of housing choice within the precinct.”

Comments about the planning proposal are welcome during the exhibition period which runs to 26 September.