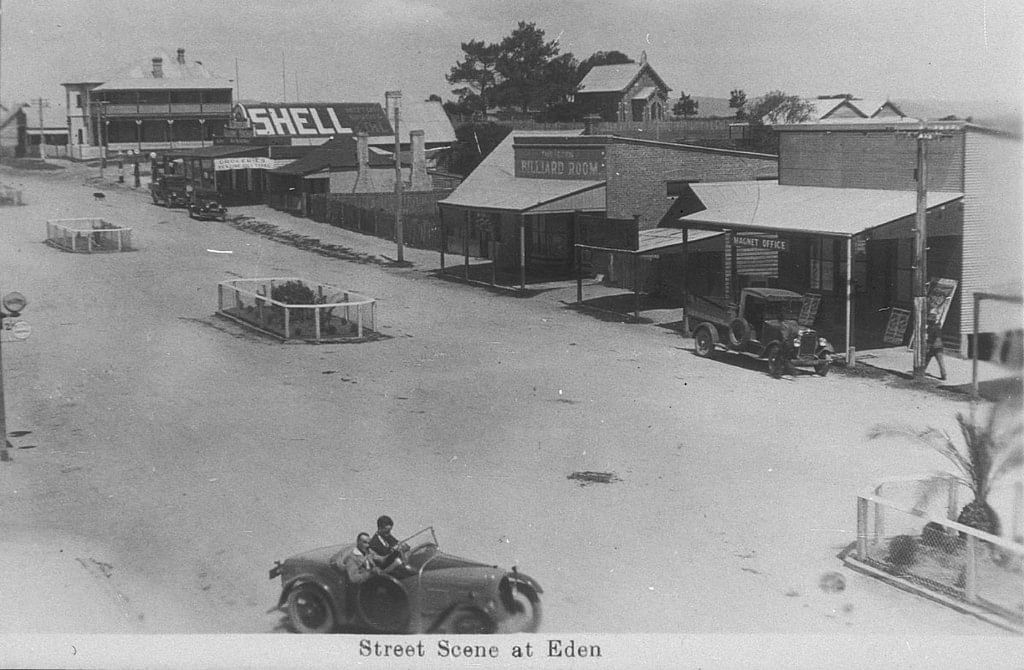 The South Coast History Society will launch the fourth issue of the popular local history magazine ‘Recollections’ with a morning tea and talks at Eden library on Friday, 29 September at 10.30am.

This event is an open invitation for people to come along and join in the discussions about the rich history of the Eden area with Garry Moorhead, Vice President of the Merimbula-Imlay Historical Society; Robert Whiter, author of ‘When the Chips are Down’; Kate Clery, Towamba Valley historian; Angela George, local heritage expert, and President of the Society, Peter Lacey.

Mr Lacey said that he has been absolutely thrilled at the local response to the magazine.

“Issues of ‘Recollections’ have been eagerly snapped up from the very first issue published in February this year,” Mr Lacey said.

“The community has embraced the idea of a regular magazine showcasing the remarkable history of this region and people are sending in new stories all the time.”

This issue of Recollections includes articles on two of the steamers that serviced the South Coast - the ‘Merimbula’ and the ‘Bega’, the story of a velodrome that once operated just south of Narooma, information about a push to establish a new Australian state encompassing the South Coast and Monaro areas, details about an old hawker’s van from the area that was found to be concealing a hoard of cash, and several stories about the Salvation Army’s colourful presence on the South Coast over the past 125 years.

RSVPs are required for this event. Phone Eden library on 6499 2451 or book online at www.begavalleyshirelibrary.eventbrite.com.au

The free October issue of ‘Recollections’ will be available from all Bega Valley Shire libraries from Friday, 29 September or by emailing southcoasthistory@yahoo.com with the subject line ‘Send Recollections’.