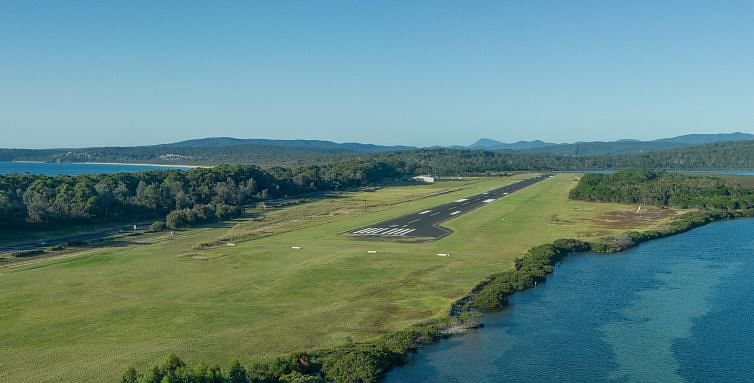 Bega Valley Shire Council has confirmed a two-phased approach for the upcoming Merimbula airport runway extension project to minimise the impact for aviation operators and the tourism industry.

Acting CEO Anthony McMahon said Symal Infrastructure, the contractor appointed to build the platform for the southern end of the extension, will begin work in late September with works designed to allow Rex and Qantas to operate scheduled flights on a shortened runway.

“We’ve been working closely with the airlines, to minimise the impacts on their operations,” Mr McMahon said.

“Additionally, as this phase will involve building in the vicinity of Merimbula Lake, we’ll be keeping in touch with the oyster lessees regularly, including real-time water monitoring during the earthworks, to ensure any impacts on oyster farming can be mitigated.”

During phase one works, General Aviation will be restricted to take-offs and landings in the early morning and late evening on weekdays, after 1pm on Saturdays and all day on Sundays.

This work is expected to be completed by mid-November 2021.

The second phase of the project involves the strengthening and sealing of the runway and is scheduled to commence on 31 January 2022, with a full runway closure planned for six weeks.

“During the planning phase for the strengthening and sealing works, several options were investigated in a bid to maintain an operational runway, including night works and rolling closures during the working day,” Mr McMahon said.

“However, sealing the runway during the day, at the hottest time of the year will provide the best long-term engineering result as warmer temperatures are a key factor for the successful resurfacing of runways.

“We looked at two windows for timing, one starting in November this year and the other at the end of January next year. A start date of 31 January was selected as it falls after the NSW school holidays and towards the end of the busy summer holiday period.”

Mr McMahon said Council began dialogue with both Rex and Qantas on the project earlier in the year and has now confirmed the timing with them and other key airport stakeholders.

“We are acutely aware that a continuous six-week closure will impact our operators, with a knock-on effect for tourism and businesses during this period,” Mr McMahon said.

“However, to complete these works in the shortest possible timeframe and to the required quality and cost, this is the best long-term option for our airport. Starting the work after school holidays means airlines and the local economy can still capitalise on summer travel.”

Mr McMahon said the extension to the runway is an important step toward increasing the capacity and longevity of the airport.

“The overall project will extend the runway length for larger aircraft with more passengers, which will have great benefits for our shire over time, increasing tourism opportunities and making it easier for people to travel for business,” Mr McMahon said.

This project was made possible with funding from both the State and Federal Government.

More information about the project can be found on the Major Projects webpage on Council’s website: https://bv.lyte.link/4756/2D8C