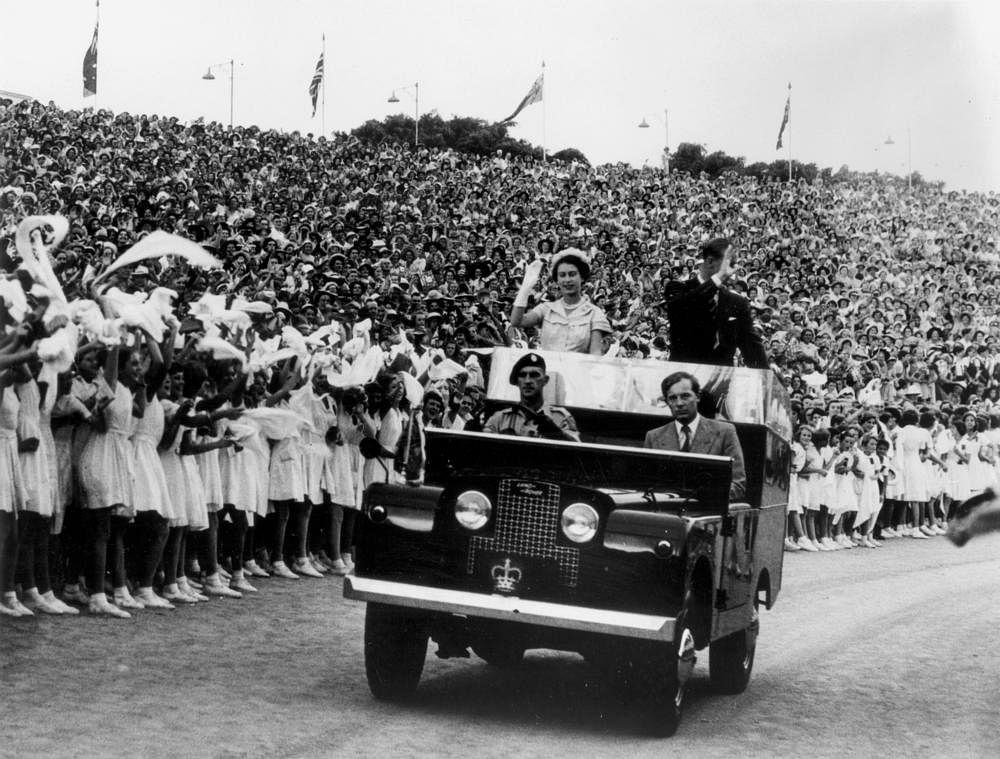 Crowds of schoolchildren greet the queen and Prince Philip at Brisbane's Exhibition Grounds, 1954.

“The queen continued working and serving her community until two-days before she passed away—given her age of 96, I think this is something all of us can respect,” Cr Fitzpatrick said.

“Elizabeth II was the first British monarch to set foot on Australian soil and while she was here, she made a point of travelling far and wide to meet many of us.

“During her first visit in 1954, the newly crowned queen never quite made it to the Bega Valley, but she spent Valentine’s Day with Prince Philip at the Cuppacumbalong Homestead in Tharwa just a few hours from here.

“I’m sure her numerous visits to Canberra resulted in many local people travelling to the capital and many stories of seeing and meeting the queen in person.

“She will be remembered for her tenacity and enduring nature as matriarch of a royal family that would adjust to a new world of public and media scrutiny.

“That a monarch of one nation can attract mourning and respect from people all around the world, speaks volumes of how the queen will be remembered.

“On behalf of the Bega Valley Shire, I pay respect to Queen Elizabeth II, who was the face of a nation for more than 70 years.”