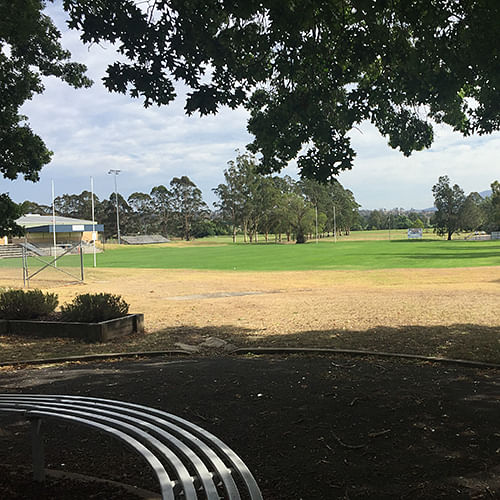 Council staff are putting the finishing touches on the playing surface and surrounds at the Bega Recreation Ground ahead of the Group 16 Rugby League grand finals this Sunday.

Despite another busy season, the ground has held up well and promises to allow all players the best opportunity to showcase their skills on the most important day of the season.

With Cooma and Bombala to battle out a mountain-top derby in First Grade for the first time in many years and a broad mix of clubs to contest the lower grade fixtures, a large crowd is expected and the level of traffic in and around the centre of town will be significant.

With this in mind spectators are encouraged to walk to the ground where possible or if driving display the appropriate consideration for local residents and businesses by not parking on their land.

Council’s Leisure and Recreation Coordinator, Justin Welsford, said it will be great to be down at the ground and see so many people enjoying themselves and making use of the facilities.

“Come along, wear your team’s colours and show your support, but importantly show respect for your fellow patrons, the players, officials and facilities,” Mr Welsford said.

“Anti-social behaviour has been minimal over the past couple of years and it will be great to see that trend continue this weekend. With the Minor League season still going and other community events planned for the ground in the near future, we just want people to treat the community’s facilities as they would their own. Pick up after yourself and obviously don’t damage things.”

“Best of luck to all the players, coaches and officials involved on Sunday – see you at the footy,” Mr Welsford said.