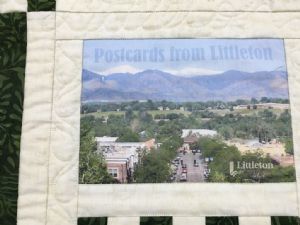 The Bega Valley Shire has welcomed its sister city friends from Littleton, Colorado, with a civic dinner at the new Bega Valley Commemorative Civic Centre.

About 90 people gathered last Thursday night to extend a relationship that goes back 55 years.

The Bega–Littleton sister city bond was the first to be established between Australia and the United States of America in 1961.

The two newspaper editors who initiated the relationship were fondly remembered on the night, Bega’s Curley Annabel and Littleton’s Houston Waring. 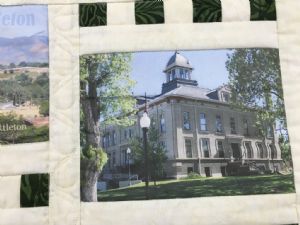 The event was hosted by Bega Valley Shire Council and the Bega-Littleton Citizens Exchange with the Sapphire Coast Big Band providing the entertainment.

In welcoming the 18 members of the Littleton delegation to the dinner, Bega Valley Mayor Michael Britten spoke of the Shire’s future.

“Council is working in each of the main town centres, upgrading them, making them more inviting and liveable for both locals and tourists,” he said.

“Major expenditure in the Port of Eden and at Merimbula Airport is key in the Shire’s future.” 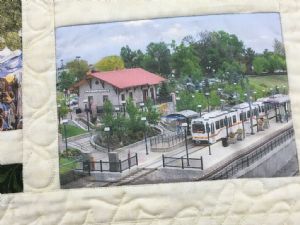 Talk around the tables suggested that this sister city bond is strong, forged on a history of families being billeted with each other rather than staying in more formal accommodation.

“It’s a relationship our Shire can be proud of and take strength from,” Cr Britten said

As friends do on these occasions gifts were given at the end of the night.

Mrs Smith presented Cr Britten with a quilted wall hanging with scenes from her home town.