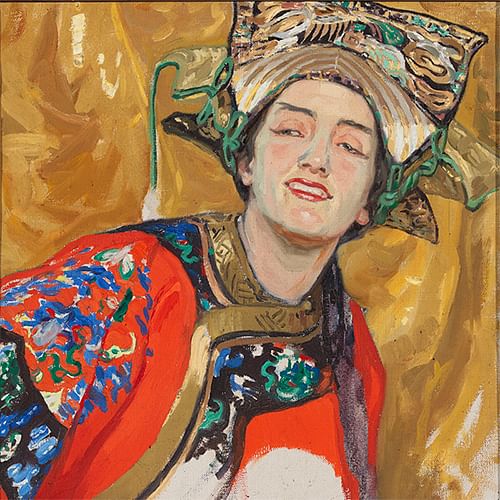 ‘Embellish – Costume in the Art of Hilda Rix Nicholas’ is an exhibition to delight and opens at the Bega Valley Regional Gallery (BVRG) this Friday (4 May) at 6pm.

The exhibition will focus on the artist’s passion for post impressionistic depictions of her family and friends ‘dressing up’ and performing as both familiar and exotic characters.

BVRG Director, Iain Dawson, said that the gallery is lucky to hold three significant pieces of the artist’s work in the gallery’s collection, two of which will be on display.

“In addition, we’ll have several examples of the original costumes made or collected by Rix Nicholas on display and these will be a highlight for exhibition viewers,” Mr Dawson said.

Well known author, Richard Travers, who is currently writing a biography on the artist, will launch the exhibition along with Rix Nicholas’ granddaughter, Bronwyn Wright, who is the custodian of the family collection, from which the majority of the exhibition has been sourced.

Long recognised as making a significant contribution to Australian art in the period between the First and Second World Wars, Hilda Rix Nicholas achieved a remarkable level of success during her lifetime in Australia, France and the United Kingdom.

Proudly claimed as a ‘local’, Rix Nicholas lived and worked at ‘Knockalong’, her homestead and sheep farm near Delegate.

She settled there with her second husband in 1928, after returning to Australia riding the waves of international success after being made an associate of the Societe Nationale de Beaux Arts in France in 1926.

Bronwyn Wright and Richard Travers will also be on hand at the BVRG for a conversation event on Saturday (5 May) from 10am.

The ‘Embellish – Costume in the Art of Hilda Rix Nicholas’ exhibition continues until Saturday 16 June 2018.

Photograph: Elsie in the Chinese Hat circa 1913 by Hilda Rix Nicholas, courtesy of the Rix Wright Collection